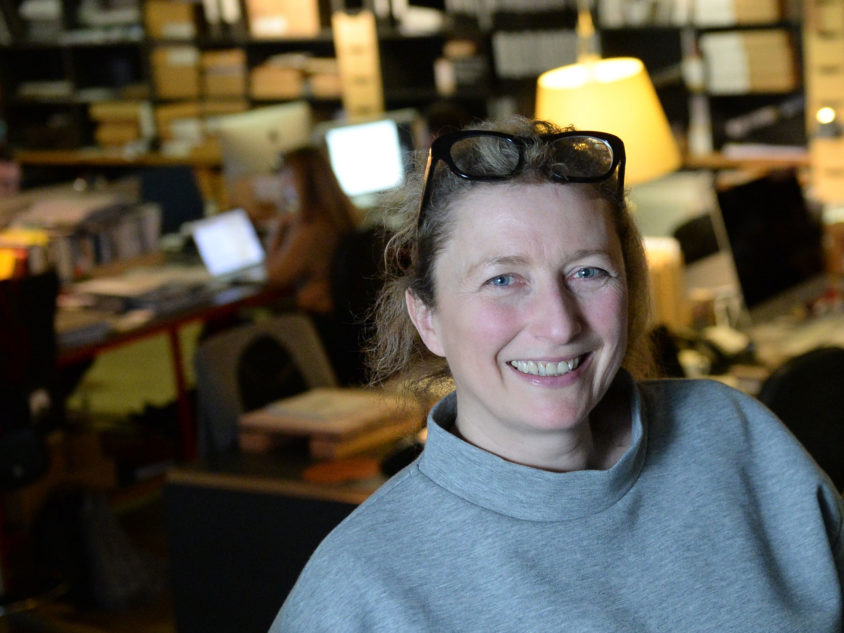 With the UK selected as Ambiente Partner Country, designer Janice Kirkpatrick will create the UK presentation for Ambiente 2017.

Ambiente, the global consumer-goods platform, will next welcome buyers from all over the world for the five days from 10 to 14 February 2017. Then, Frankfurt Fair and Exhibition Centre will be transformed into a trend barometer, order venue and design platform revolving around tableware, kitchenware, household goods, wining and dining, as well as the home, furnishing and giving.

The Partner Country of the world’s leading consumer-goods fair in 2017 is the United Kingdom. “I am delighted that the United Kingdom, one of the world’s most important political and business players and a partner of major significance for Germany, has agreed to be our Partner Country. But that’s not all: the United Kingdom is a country of great diversity, which results in an incomparable spectrum of outstanding design. And this is exactly what we aim to show the audience of visitors and exhibitors from all over the world at the next Ambiente”, says Detlef Braun, Member of the Board of Management of Messe Frankfurt GmbH.

The products of UK exhibitors will be shown in an extensive Partner Country presentation curated and designed by Scottish designer Janice Kirkpatrick, one of the United Kingdom’s leading graphic and product designers.

In 1986, she joined forces with architect Ross Hunter to found Graven, a design studio that helps build some of the world’s biggest brands. The agency’s projects include the worldwide roll-out of the new British Airways ’Galleries Lounges‘ brand concept, which has already been implemented in Edinburgh, Glasgow, Singapore and Washington, as well as the interior design of the Radission Blu Warwick Hotel in Philadelphia, the restoration and refurbishment of the Royal Bank of Scotland in Edinburgh and the interior design of the BBC Scotland Headquarters in Glasgow.

Kirkpatrick is also a professor for design at the Glasgow School of Art. Additionally, the multi-talented Scot not only works for radio and television but also writes and edits books on a variety of cultural and economic topics. Her new book entitled ‘Brands for Boards’ is due to appear this year. Ambiente is by no means an unknown quantity for the renowned designer – in the late nineties, she designed the ‘Self-Service’ special exhibition for the world’s leading consumer-goods fair. “I am excited to design the Ambiente UK Partner exhibition, after designing ‘Self-Service’ in 1998”, says Kirkpatrick. Asked about her concept for the Partner Country presentation, she says, “Glasgow in Scotland, in the UK and Europe – in all its dimensions – is the perspective through which I work. Globalisation makes ‘local’ valuable because it is unique. I will search for exceptional micro-local and national products and ingredients to create the 2017 UK Partner exhibition.”

Apart from the Partner Country programme, the coming Ambiente 2017 will once again be the venue for numerous trend and product presentations, awards ceremonies, promotional areas for young people and many other events.

Ambiente, the leading international trade fair
Ambiente is the world’s leading international trade fair for products for the table, kitchen and household, gift articles, jewellery, wellness and fashion requisites, as well as decorative products, interior design concepts and furnishing accessories. Ambiente is ‘The Show’ for the entire sector and, thanks to its unique horizontal and vertical range of products, unrivalled worldwide. For five days in early 2016, some 4,400 exhibitors showed their new products and innovations for the coming season to 137,000 trade visitors from almost 150 countries. The world’s leading consumer-goods fair is also distinguished by a wide variety of events, promotional programmes, trend presentations and awards ceremonies.

Background information on Messe Frankfurt
Messe Frankfurt is one of the world’s leading trade fair organisers, generating around €645* million in sales and employing 2,297* people. The Messe Frankfurt Group has a global network of 29 subsidiaries and 57 international Sales Partners, allowing it to serve its customers on location in more than 160 countries. Messe Frankfurt events take place at more than 40 locations around the globe. In 2015, Messe Frankfurt organised 132* trade fairs, of which more than half took place outside Germany.

Comprising an area of 592,127 square metres, Messe Frankfurt’s exhibition grounds are home to ten exhibition halls. The company also operates two congress centres. The historic Festhalle, one of the most popular venues in Germany, plays host to events of all kinds. Messe Frankfurt is publicly owned, with the City of Frankfurt holding 60 percent and the State of Hesse 40 percent.

Further information on the company can be found at: Messe Frankfurt